How Advertisers are Affected by iOS 14.5

Facebook and Apple have been on tense terms, to say the least, for months, if not for the past few years. The drama hit the airwaves earlier this year as Apple announced their intentions; more on that here if you missed it.

The competitive tension between the brands is hitting a boiling point, and we're beginning to truly feel the impact as Apple has recently launched its iOS 14 and subsequent 14.5 update that puts Facebook (as well as other popular advertising apps) in a tough position.

Launched on April 26. 2021, the new update requires users to opt-in for personalization tracking when first opening their apps. For Facebook, if a user chooses not to opt-in, they cannot track the conversions made after a user leave the Facebook (or Instagram) app.

On the user side, this may seem like a good deal. There is an increased fear in online privacy, and data collection and a default opt-out strategy may be beneficial to some. However, users are also increasingly looking for personalized experiences, and without ads that feel seamless on their feed, app usage may feel more disjointed. This is inevitably up to the individual, and we will certainly see changes in this over time. As of now, iOS 14.5 has only been released for just over a week and only takes effect on those Apple devices that users have chosen to update. 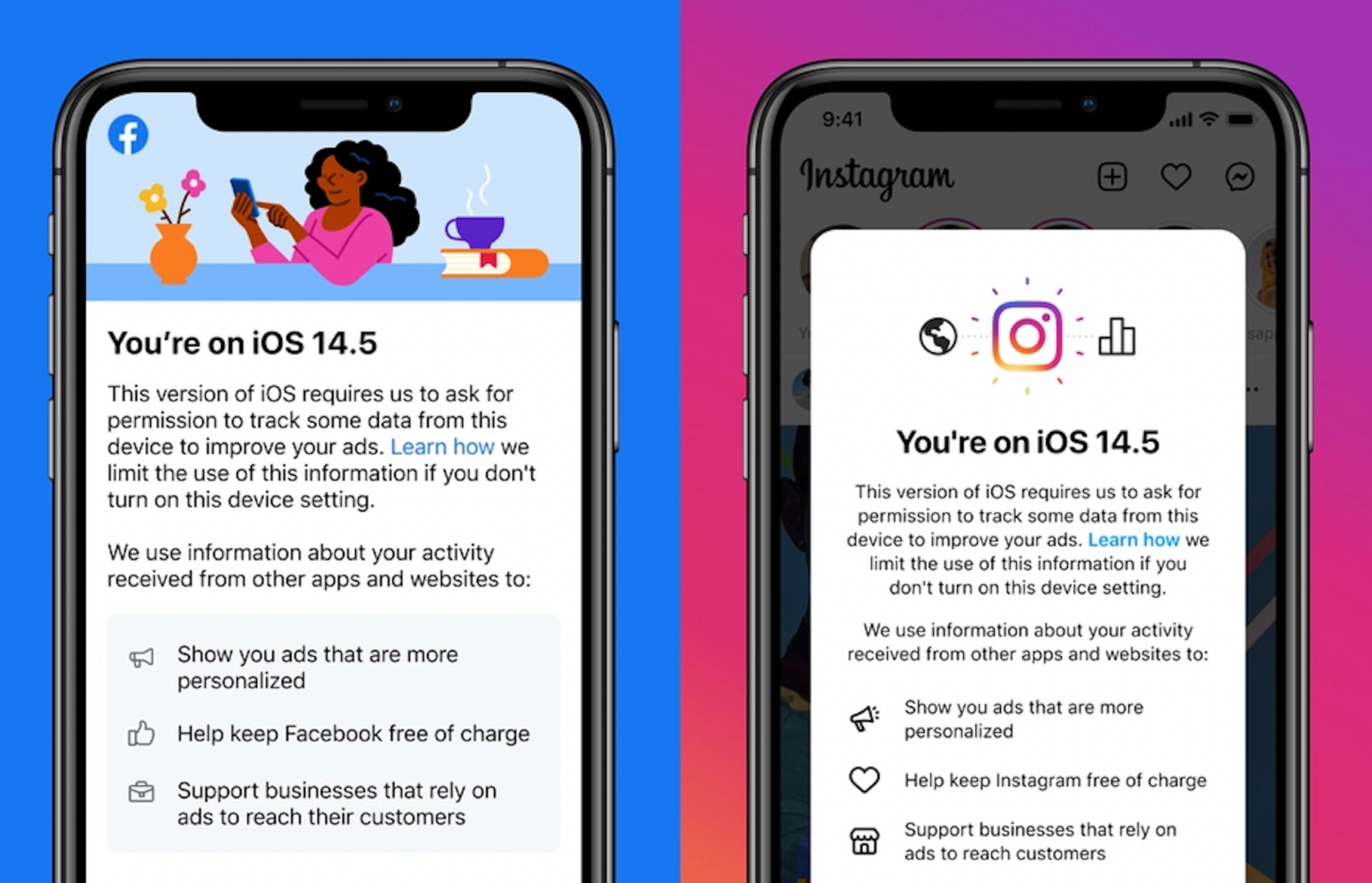 Some individuals online were upset at the wording in these updates to "Help keep Facebook free of charge" which seems to imply that the company may be working toward a version of the app where the investment will lay on users' shoulders. These conversations will continue to develop as more individuals choose to update.

What does this mean for marketers?

For advertisers, this creates a few complications in tracking data during campaigns. Those campaigns that began before the update may see decreased clarity into exactly where their user conversion came from on Facebook/Instagram post iOS update. This is due to the fact that the passing of data may be limited for these users as a result of this device update.

The loss of clarity in the data will result in users being listed as "uncategorized", as Facebook simply no longer can identify the user.

As more Apple users update to the new system, the data will continue to skew.

Though this decreases the flexibility for campaigns already in motion, there are ways to create campaigns in the future that rely on the metrics you can see and still create positive results.

Marketers need to get creative.

This isn't something that stops here, as Apple has already released iOS update 14.5 in the short time since iOS 14 back in September 2020, and we can expect changes to continue. Google is already making a move to increase privacy as many prepare for the loss of third-party cookies at the end of the year and will likely make further moves toward what we are seeing from Apple in their own devices.

Advertisers will need to stay on their toes as this develops and the data begins to shift. We can gather that both Apple and Facebook will continue to innovate as their feud and the issues around privacy develop, and marketers will need to stay agile to continue delivering positive campaign results.