The Plastic Straw that Broke the Brand's Back: Small Operational Choices Can Speak Volumes to Your Consumer

As Patagonia’s Alex Weller states, “You can’t reverse into a mission and values through marketing. The organizations that are struggling with this are probably the ones that are thinking about marketing first.”

I personally love what Patagonia stands for and how it holds true to those values (like donating its $10M Trump tax refund to environmental groups). Their unequivocal devotion to a cause is apparent.

As brands seek to ‘stand for something’, they have been putting themselves on the record for divisive issues even further from their core operations, like Nike’s support of Colin Kaepernick, Gillette’s anthem against toxic masculinity, and 84 Lumber’s Superbowl ad showing openness to migrants. The best case results:  a visceral debate, masses of earned media, the almost obligatory burning or defacing of the product – and then, in many cases, overall brand lift, brand affinity, and increased sales & shareholder value.

But talking-the-talk without walking-the-walk is so easy to sniff out, it often causes more backlash than it’s worth (think: Kendall Jenner’s tone-deaf Pepsi ad, or Audi’s 2017 Super Bowl ad about women’s equality without anywhere near close to equity on their board).

Some brands are understandably gun shy to put themselves on the record and face the glaring public spotlight. Not all brands have nailed the “why” or have a raison d’etre that feels right to them. In those cases, you don’t have to SAY something. DO something. DO the right thing. And DO what your customer is demanding of you. You can start small and grow from there.

Your actions and choices as an organization are far more telling than your public messages. 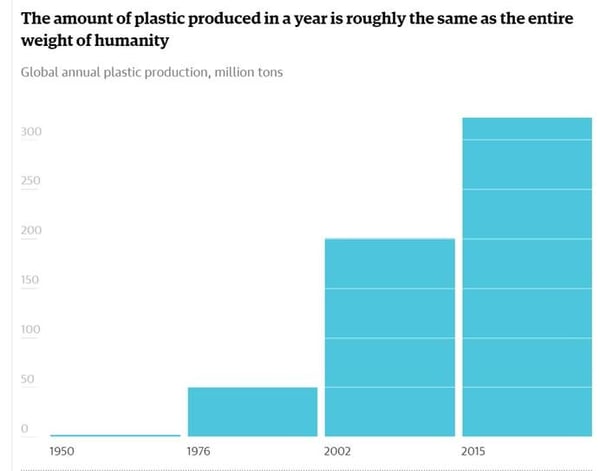 The sustainability of this is obviously dubious. The public sentiment on plastics usage is shifting quickly towards ‘extreme concern’ in some parts of the world (particularly the UK).  And as such, many brands are choosing to DO something about it.

These changes can be small or big. For instance:

British (& European) grocers are battling it out in this realm too. Tesco, Sainsbury’s, Morrisons, Aldi, Lidl and Waitrose are among the 42 businesses supporting the new pledge that by 2025 all plastic packaging can be reused, recycled or composted.

Iceland has become the first major retailer to commit to eliminating plastic packaging for its own-brand products within 5 years. 80% of the customers they polled endorsed the change.

Ekoplaza (in Amsterdam) has already done it. They rolled out a plastics-free aisle in 2018 and will extend that to 74 other branches. The aisle has more than 700 plastic-free products including meat, rice, sauces, dairy, chocolate, cereals, yogurt, snacks, fresh fruit and vegetables.

So why plastics? And why now?

The change is being driven by consumer sentiment, which has driven political pressure – and is being pushed by brands seeking to get ahead of the curve. The dawdlers cite fear-based concerns like the risk of contamination and food waste, but other issues that affect the bottom line (like the cost of alternatives, the convenience of plastics, and the lower appeal of unpackaged products) are likely at the core of the push back. Ekoplaza, for instance, is eating the additional cost and cutting their margin with their move to plastics-free packaging. Their bet is that their volume will increase as customers vote with their dollars (or Euros, in this case).

At breakfast at a local diner with my family on Saturday, there was a debate at a nearby table about the use of straws.  The argument was “we’ve got bigger issues than straws” when alternative options were offered.  That’s undeniable. The reductions described above are hardly going to stem the tide of global warming, but it’s SOMETHING.

For big brands, making operational changes and sharing in the public debate are something you should be doing (and doing well).

If you’re not a huge brand and/or you don’t happen to have the clear purpose and/or the budget to keep Colin Kaepernick on salary for years before building a campaign featuring other icons like Lebron James and Serena Williams  – then have a look at your core operations and determine if changes (major and minor) can be made for the betterment of everyone. What you DO will be a hint to your consumer about what you BELIEVE – and actions speak much louder than words.